What constitutes a european city? That’s a question that we would like to look into by comparing linearised cityscapes of german-french twin towns. These kinds of visualizations show (for example) complete street fronts, which on one hand makes it possible to see a city in a way that is normally not perceivable standing their in reality. On the other hand we can see new connections in the city – in its architecture, its structure as well as its historical and societal progression. The streetline compositions created for this exhibition will show high streets in the centres as well as industrial architecture, old town streets, river fronts and train stations which proved to be decisive for urban development.

Started as a crowd funding project with the Institut Français Germany, this exhibition now be shown as a contribution to the european year of cultural heritage in february 2018 in Leipzig. The emphasis will be on the Leipzig|Lyon partnership, we will show more cities however:

So we also invite the people of Hamburg, Munich, Berlin, Dresden, Stuttgart, Hanover and Frankfurt to discover a new perspective on their home city and its twin city in France.

Supported by the City of Leipzig

Update 15.02.18: The exhibition has been opened last week and can be visited free of chrage till the second of march at central station Leipzig. Some first impressions: 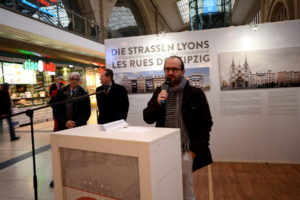 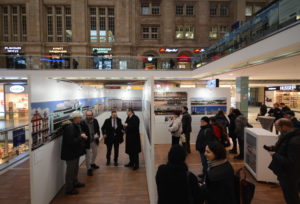 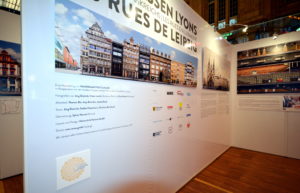 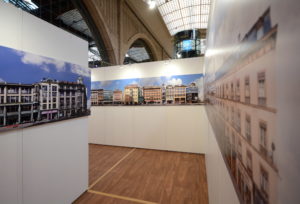 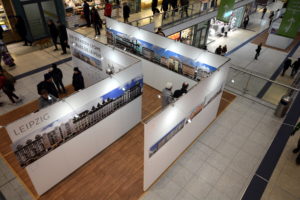 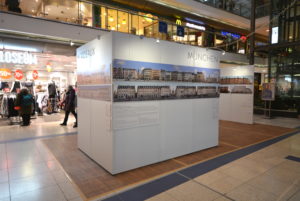 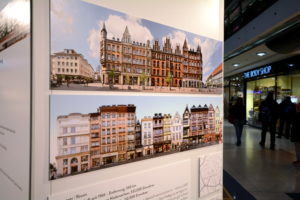 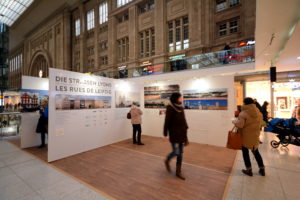 If you would like to cooperate with us and support our preparations of the exhibition or if you have questions about it, please contact us. We also love to discuss options to bring the exhibition to other cities in Germany and France.