The most beautiful university architecture in panoramic views

Over the years we have documented some of the most stunning university buildings in our linearized Streetline technique. Especially in europe you can find magnificent historic universities that are also some of the oldest still existing universities in the world. Their architectural styles reflect the wealth that existed in the cities and states that funded these universities, but also the ideas and preferences that were prevalent at the times these buildings were built, which often were meant to influence and inspire the spirit of the university and its students and professors.

Another University in England and one of its two most prominent is the University of Cambridge. Here we see the front of King’s College, the so-called King’s Parade along Trumpington Street in the city centre of Cambridge.

It is not exactly a university, but Eton College in England is definately one of the most famous higher schools in the world, that produced 20 Prime Ministers and educated a number of Royals of the United Kingdom. Here we see its street front along Eton’s High Street.

Finally an unusual example, Juleum Novum in Helmstedt is no university anymore, as the University is not existing anymore, but once it was its main building – also it is not really a panorama this time: 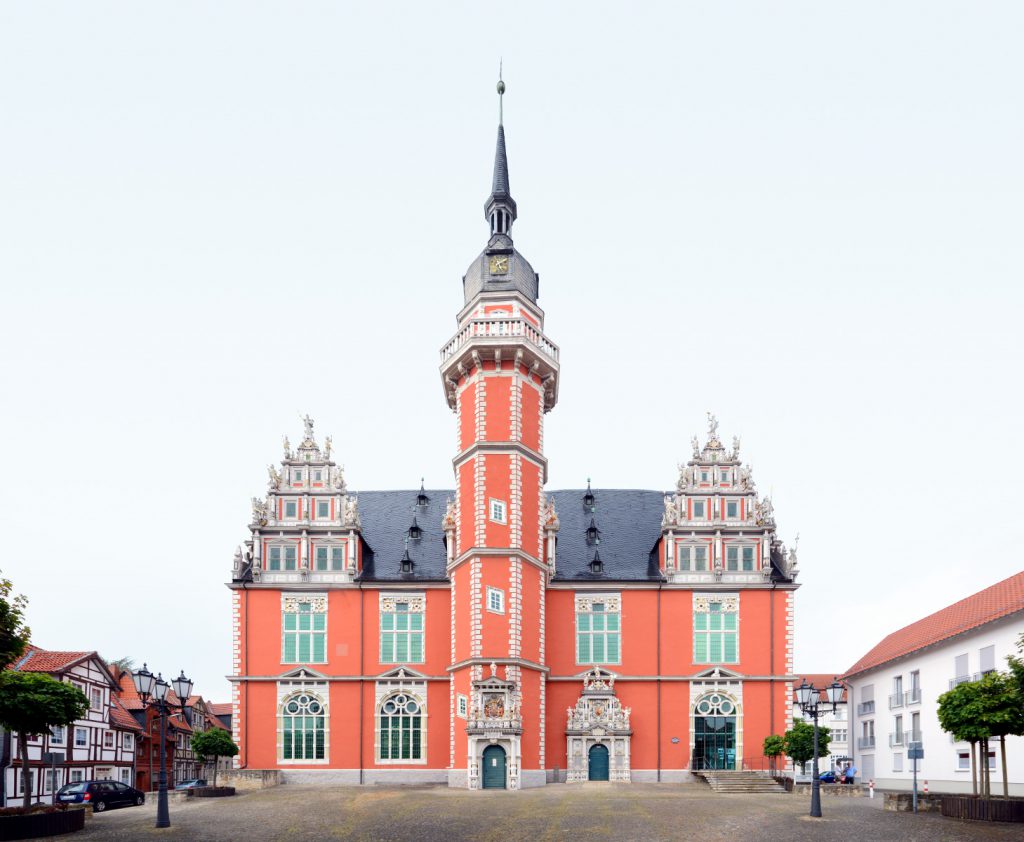 Now for anybody still reading down here, we will list a number of universities that we documented buildings of over the last years, which we would be able to create streetlines from in the future.

Starting with France, we documented the main building of the Sorbonne in Paris, the Campus Victoire of Bordeaux University, the building on Rue du Theatre Francais of Aix-Marseille University and street fronts of Lyon Universite Lumiere Lyon 2 and Universite Lyon 3 Jean Moulin.

In Germany we also documented buildings of the universities of Münster, Fulda, Greifswald, Hamburg, Wittenberg and Chemnitz. Furthermore the Alte Universität in Mainz, the old and new university in Freiburg, the HTWK and HGB in Leipzig, the LMU and the TU in Munich and the University of the Arts in Berlin.

Hopefully you liked to see these university buildings in these unique linearized perspectives. Please let us know and get in contact with us if you have suggestions for other universities to document or would like us to finnish any of the mentioned documented university views.