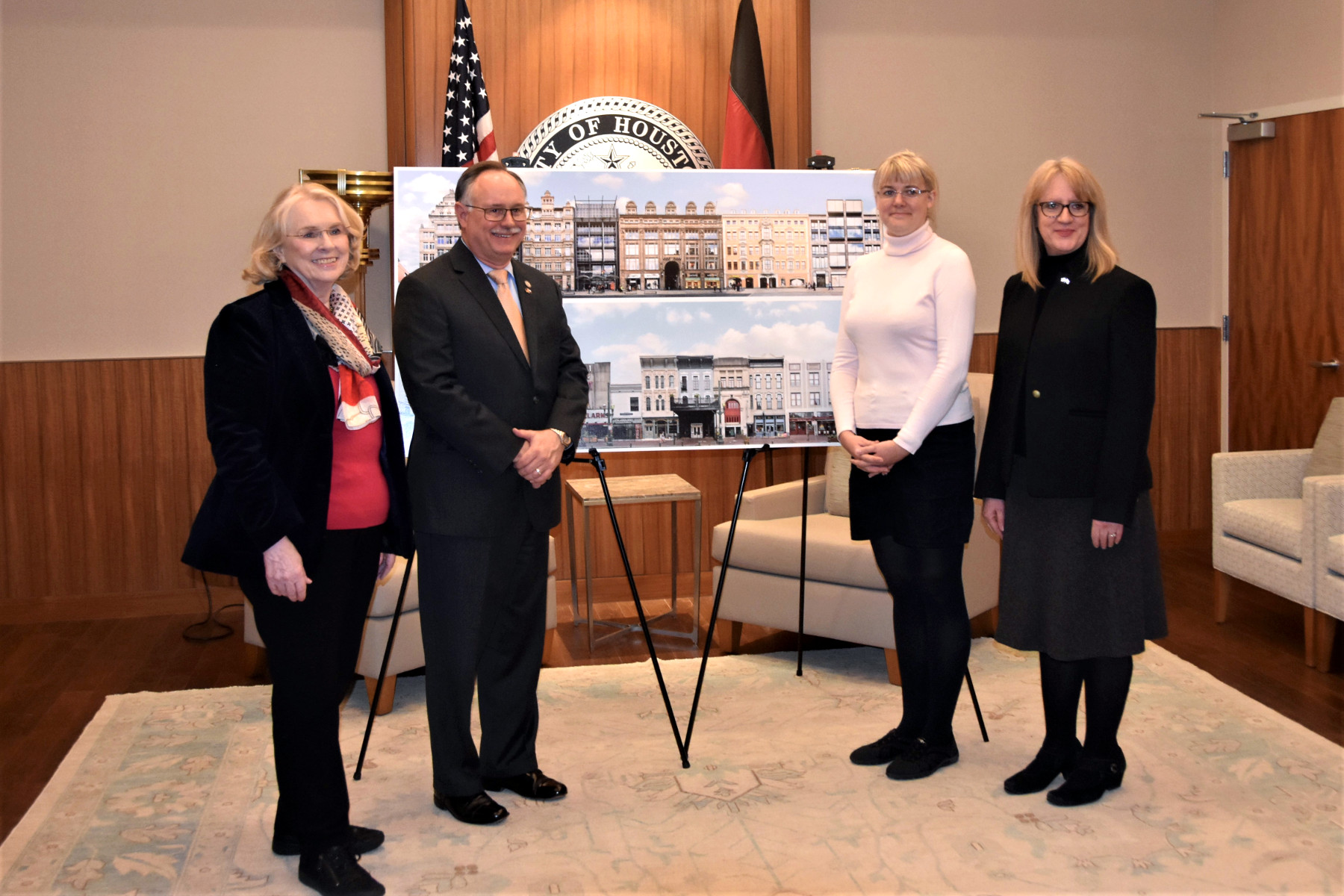 Shortly after reunification, Saxony’s largest city Leipzig showed interest in a twin city in the USA. Hence since 1993, Leipzig and Houston, also the largest city in the US state of Texas, have been twinned. Both cities are historically strongly influenced by their economic history, they are important trade fair cities and traffic junctions. While Leipzig has always been the trading city in Saxony and was once Germany’s capital of trade fairs, books and justice, and became one of the most important business locations and railway hubs during the industrialization, Houston’s meteoric rise only began at the beginning of the 20th century. At that time, Houston replaced the city of Galveston, located not far from the coast, as the most important port in the region with the construction of the Houston Ship Channel. Since then, Houston has also been regarded as the oil metropolis of the USA and is the focus of many NASA projects with the Lyndon B. Johnsons Space Centre.

Since 1993, joint cultural events, student exchange projects, diverse university cooperations, sports meetings and close partnerships have developed within the framework of the city partnerships, e.g. between the Christ the King Lutheran Church in Houston and the Thomaskirche in Leipzig. In 2018, the 25th anniversary of the town twinning was celebrated with the Houston Week in Leipzig, among others. 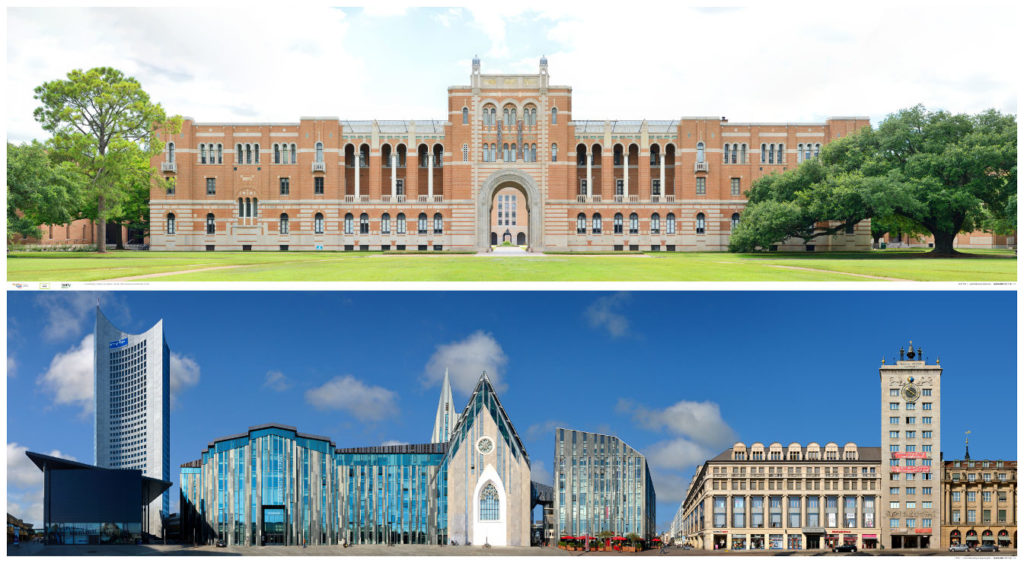 In 2019 we were invited to realize an exhibition entitled Germany Street Fronts as part of the Year of German-American Friendship in the USA. The exhibition was presented in Seattle, Kansas City and Houston at Goethe Pop Up Institutes (Atlanta will follow in 2020). Photographer Jörg Dietrich met with the Houston Leipzig Sister City Association (HLSCA) in Houston and together they came up with an idea for a permanent addition to the exhibition.

Shortly before Christmas the time had finally come and two specially made fine art double prints with streetline comparisons of Houston and Leipzig were officially presented by the HLSCA. Since then, a print from Grimmaische Straße in Leipzig and Main Street in Houston has been on display in Houston City Hall, which was presented to City Council Member Mike Lester. And in the German Consulate in Houston there is a print on display presenting the main building of the University of Leipzig and the Lovett Hall of Rice University in Houston, which was presented to Consul General Thomas Meister.

In our archive you can find further cityscapes of Leipzig and Houston. While we can already show a number of streetline views from the city centre of our hometown Leipzig, as well as industrial buildings or streetscapes from districts like Lindenau and the Südvorstadt, the overview to Houston is still relatively small. But looking at the markers in our world map you can see that we will be able to process a lot more material from Houston in the future, especially from downtown, but also from Minute Maid Park or surrounding districts.

Further Impressionen from the presentation of the art prints

We would like to thank all participants and supporters, especially Grant Aymond from Goethe Pop Up Houston, Jakob Levin from Goethe Institut Washington, the City Twinning Association (Städtepartnerschaftsverein) Leipzig-Houston e.V., Mrs. Schmidt-Lange and Mrs. Kennedy of the HLSCA (for providing the images as well) and the DAIS Sachsen. The Fine Art Prints were produced by Bayou Fine Art Imaging in Houston. 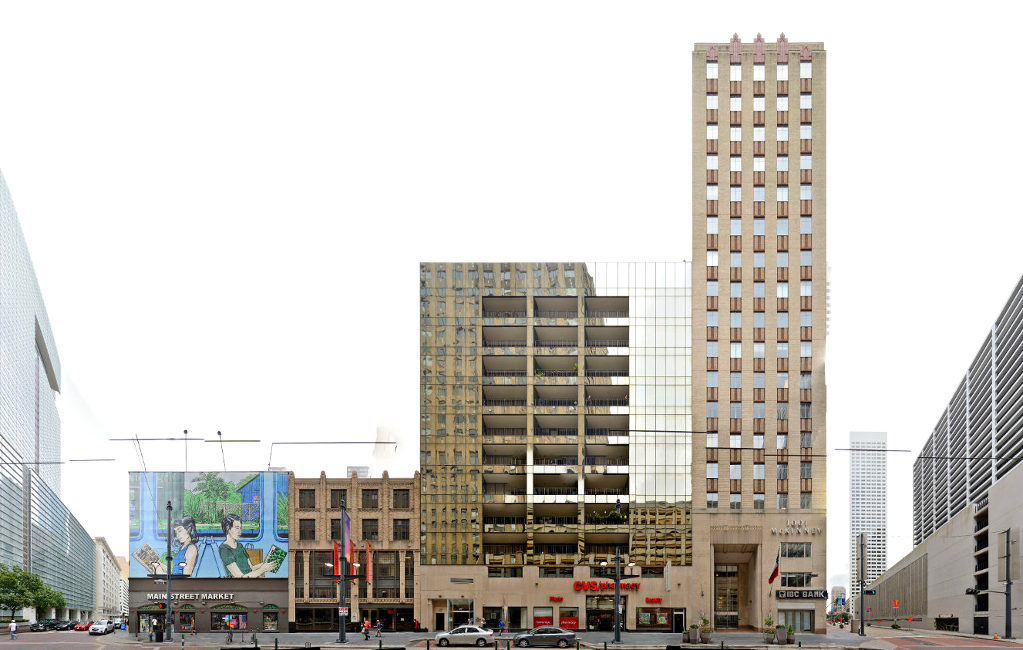