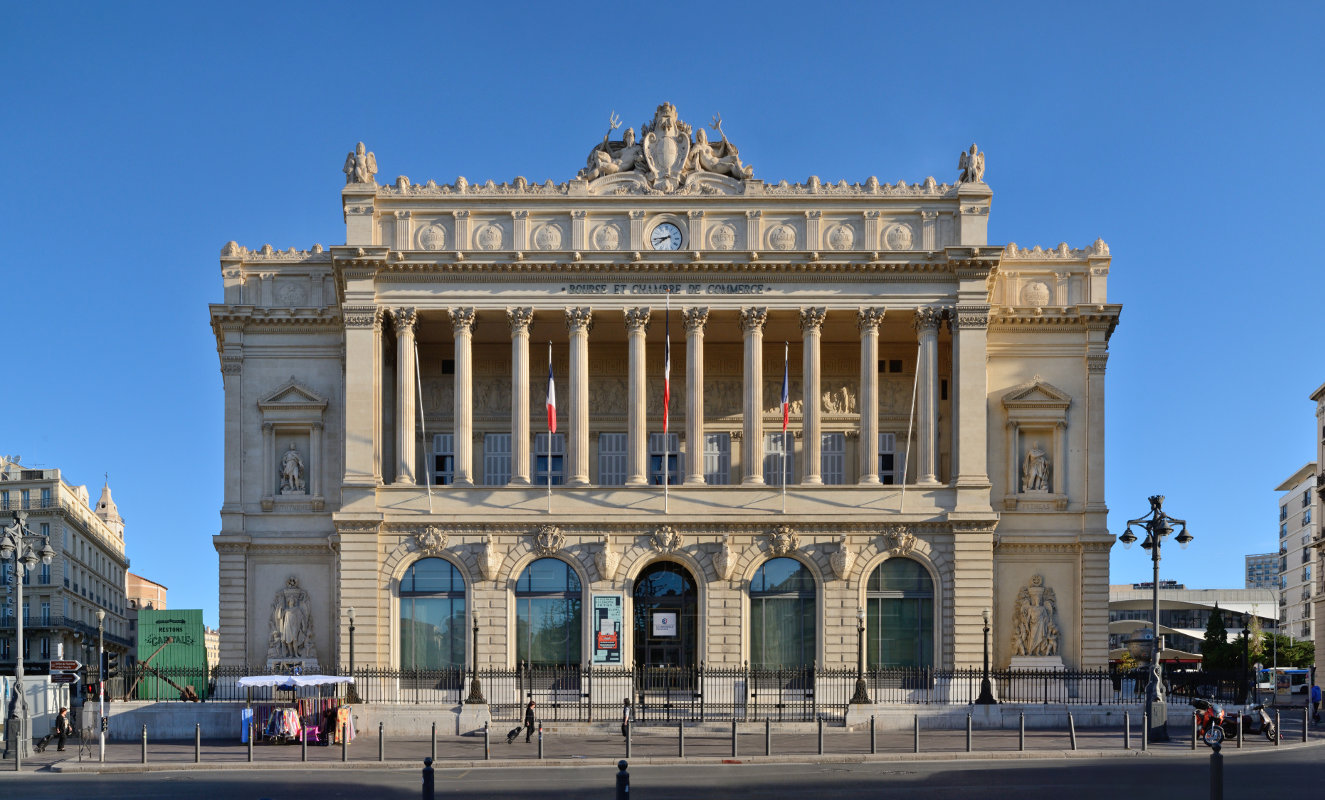 This Panorama was captured in May 2016

The Chamber of Commerce and Industry of Marseille was founded in 1599 and is the oldest in France. Initially located on the first floor of the “Palais Communal”, it later moved to the historic City Hall. Finally, at the beginning of the 19th century, it was decided to give it its own building, which would also be a symbol of the city’s economic power.

Built according to the plans of the architect Pascal Coste, the Palais de la Bourse was inaugurated for the visit of Napoleon III to Marseille in 1860. It is located near the western end of the Canebiere near the port in the center of the French port city. Today, the Chamber of Commerce and Industry shares the Palais with the Marine and Trade Museum, which documents the economic history of Marseille since the founding of the city.

The main façade of the neoclassical palace is pierced by 5 monumental gates surmounted by 10 Corinthian columns. Above these is an attic crowned by the coat of arms of the city of Marseille with two figures representing the sea and the Mediterranean. In the centre of the attic is a clock by Henry Lepaute, the clockmaker of the emperor and the city of Paris at the time. To the side of the clock are eight pilasters with round cartouches bearing the names of famous explorers: d’Urville, Cook, Magellan, Vespuce, Columbus, Tasman, Gama and La Pérouse.

In niches to the right and left of the main portal are sculptures by Auguste Ottin of the Phocaean seafarers Euthymenaeus and Pythea, which in turn refer to the city’s founding history as the Greek Massalia. Beneath these figures are allegories of shipping and trade sculpted by Eugène Guillaume.