Two sides of a park at the Leipzig Young Contemporary

The Leipzig Young Contemporary [LYC] is starting in just two days. We’re part of it.

The open air art exhibition in Leipzigs’ Clara Zetkin-Park will present eighteen artists on large banners standing along the walkways from the 5th of september through to the 3rd of october 2013. Organized by the art agency activeArt and the brand developers bindabei erlebnismarketing the event aims to showcase Leipzigs diverse art scene to the casual passers-by with a gallery without walls.

One of our photographers, Jörg Rom, was invited to take part in the so called Art Walk and prepared a photographic streetline work in two parts (see fragment above). Directly along the park the mundane Ferdinand-Lassalle Straße provides living space in elegant historic buildings. However these are hidden from view by the old trees aligning the street. Jörg Rom tried to visualize its architecture (surprisingly revealing a symmetry of the seven buildings) by cutting away as much of the trees as was possible with his multi viewpoint photographies. Hence he aims at showing the outward view of the park that is actually impossible to see standing there. The same he does with the opposite view towards the park in the same street section, where again it is impossible to see an overview of the park itself in reality, when standing in front of it.

The art walk will be opened this thursday (5.9.2013) at 7pm on the site. Supporters of the event can get some exclusive art works and unique products made out of the art banners by taking part in the LYC crowd funding campaign.

Update 05.09.2013 First images after the banners were errected today. Opening is this evening in attendence of the first mayor of Leipzig. 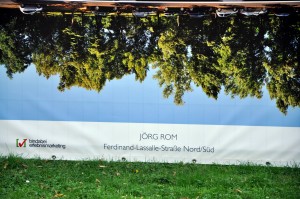 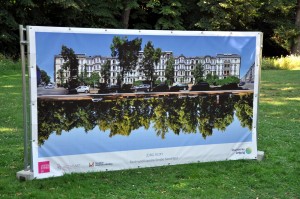 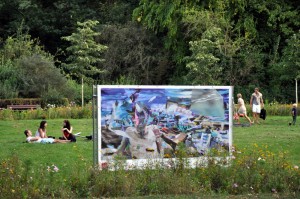 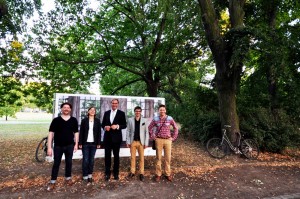 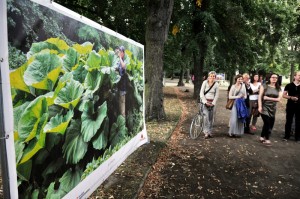 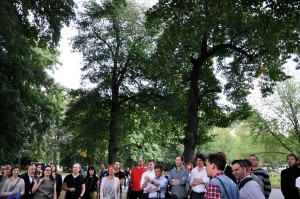