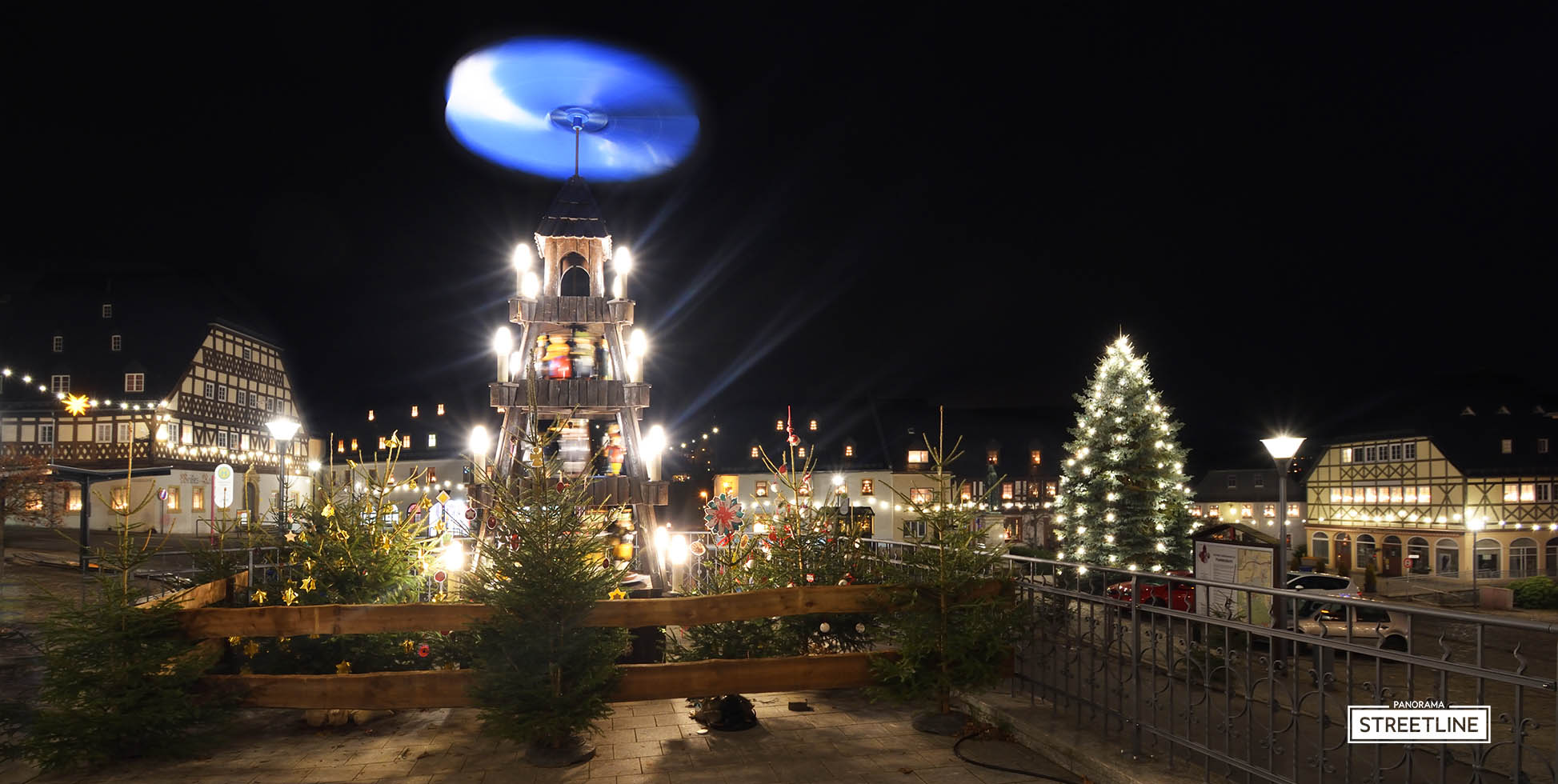 Christmas Markets of the Ore Mountains in the year of coronavirus

The German Christmas country is the Erzgebirge (Ore Mountains). Here, folk art and customs traditions revolving around Christmas have developed out of the mining industry for centuries. Miners’ parades, Christmas pyramids, candle arches and Christmas trees are an integral part of the decorated homes and the Christmas markets that can be found in almost every town. Thus, the Ore Mountains attract hundreds of thousands of visitors every year during Advent.

However, not so in 2020 – the marketplaces of the towns in the Ore Mountains looked completely different than usual during this Christmas season. So few passers-by have not been seen here, apart from wartime, probably for centuries. Due to the Corona pandemic, the classic Saxon Christmas markets, packed with booths and stalls, were largely absent. Hence the large-scale Christmas symbols were able to claim the places for themselves and so there was, at least photographically, the unique opportunity to record the Ore Mountains marketplaces completely focused on lights, pyramids, candle arches and Christmas tree. And so we went on a photographic tour through the Erzgebirge and the adjacent Erzgebirge foothills…

Schneeberg | Town Hall at the Marketplace

The town on the Pöhlberg mountain is the district capital of the Erzgebirge district and, in a sense, also the capital of the Ore Mountains (Zwickau and Chemnitz lie in the foothills of the Ore Mountains). The magnificent town hall dominates the market, from which the steep Große Kirchgasse leads up to St. Anne’s Church, which is also towering above the town as its landmark.

In 2021, the mining town of Marienberg will celebrate its 500th anniversary – it is an example of a planned town and was laid out in the 16th century with a chessboard-like layout after silver was found. In the centre is a large square market square with the Renaissance town hall on its north side.

Marienberg | Town Hall and Pyramid on the marketsquare

The town of Lössnitz is one of the oldest towns in the Ore Mountains and was founded as early as 1170 by the Burgrave of Meissen. On the steeply rising market square stands the town hall with a portal dating from 1601 and in the background the classicist town church of St. Johannis.

Lößnitz | Market Square with the town hall on the right edge

The small town of Hartenstein still belongs to the Ore Mountains, but is already in the Zwickau district. The small market square, which is well worth seeing, is lined with the town hall and several half-timbered houses, but at the same time it is cut through by a main road. Our cover picture above this blog post is from Hartenstein’s market square.

The following Christmas images show places and Christmas atmosphere in the Erzgebirge towns of Aue, Olbernhau, Eibenstock and the Christmas toy village of Seiffen/Erzgebirge.

The Montanregion Erzgebirge/Krušnohoří has been a registered UNESCO World Heritage Site since 2019. This includes the historic old towns of Annaberg, Marienberg and Schneeberg. 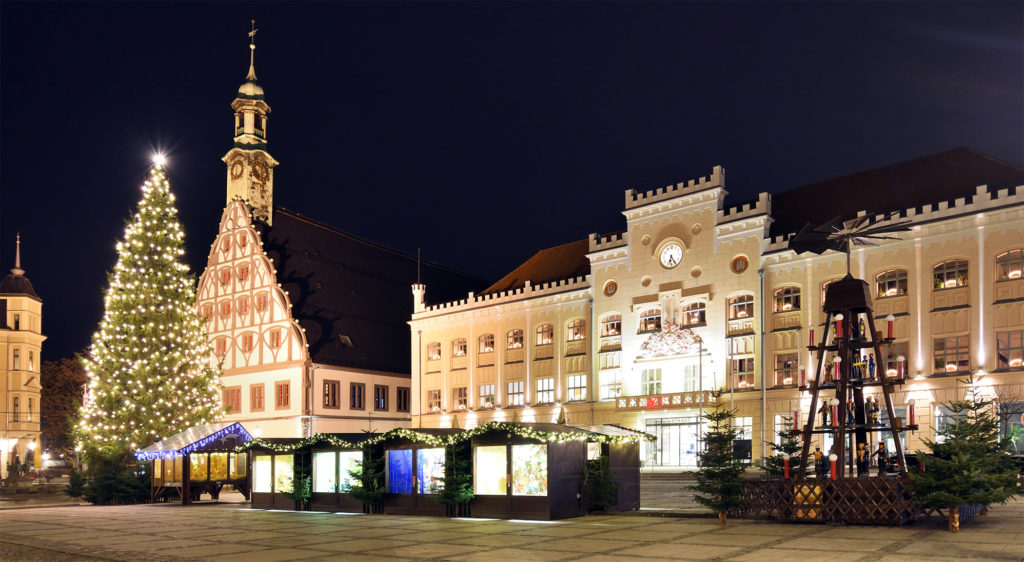 Finally, a look at the neighbouring Vogtland, which borders the Erzgebirge mountains to the west and is part of the same low mountain range. Here we show, among other things, the Corona Christmas markets of the former Reuss residence town of Greiz and the old textile town of Reichenbach in the Vogtland.