Crimmitschau is a former industry city in west saxony in the Zwickau district. Developing from the former castle Crimmitschau by the late 12th century, the city gained a city charter in 1414. It took until the 19th century that the city grew in importance, becoming a significant location of the german textile production – which also gained it the nickname “City of 100 chimneys” (“Stadt der 100 Schornsteine”). Here we see an excerpt of the west front of Silberstrasse, which partly runs along the westside of the marketplace as well. We further documented in Crimmitschau: the eastside of Silberstrasse, der easside of the marketplace up to Laurentiuskirche and the main station. Currently being finnished is a complete panorama view of the westside of Silberstrasse (see preview below) which is determined to be presented at the iBUg 2014 Stoff+Leder in Crimmitschau by the end of august.

Crimmitschau will celebrate 600 years of the city’s charter during a festival in the first week of june. Later further festivities and sporting events (Crimmitschau is home to 2. League Icehockey team ETC Crimmitschau) will follow, an overview is given at  Crimmitshow 2014. Also during the anniversery year Crimmitschau will see its first IBUg in the former leather factory as well as the former textile museum of Crimmitschau at the end of august.

UPDATE: Meanwhile we have presented our Silberstrasse panorama at the IBUg 2014 and it was tagged by the participating artists and presented to the city by the organizers. Finally we got images of it hanging in the town hall: 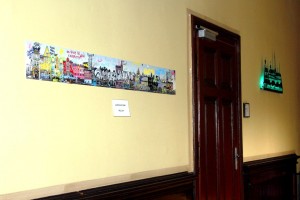 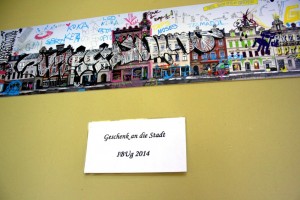 Here we will add some further architectural impressions from Crimmitschau: 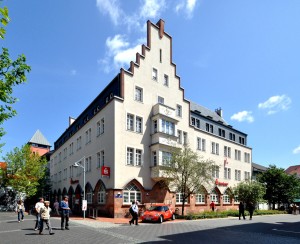 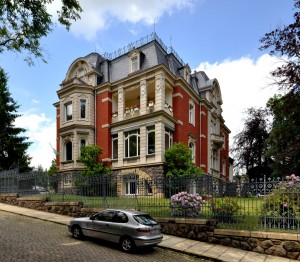 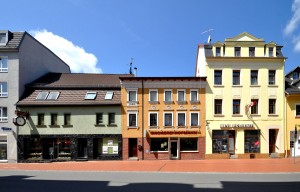 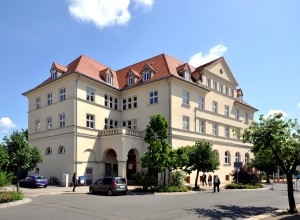 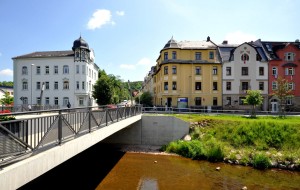 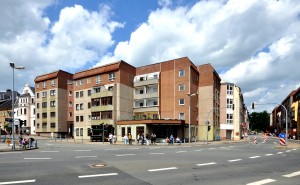